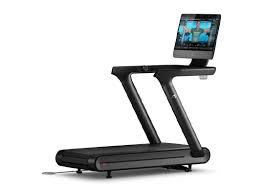 Last month, a child was killed by a Peloton Tread+ treadmill, and it was deemed a tragic accident. Peloton CEO John Foley urged customers to secure their machines from people who are not advised to use the equipment by removing the safety keys from the machines when inactive. Additionally, there was yet another accident involving a 3-year-old boy with a ‘significant brain injury’ after being trapped under a Peloton Tread+ machine. Thankfully, he is predicted to make a full recovery. Multiple incidents such as these have happened with Peloton’s machine.

The United States Consumer Product Safety Commission is an official government agency dedicated to raising safety standards and preventing product-related injuries by warning against dangerous products. With the growing awareness about the incidents with Peloton’s Tread+ treadmill, USCPSC has officially announced to stop using the equipment.

Peloton has naturally denied the equipment for the danger, and that there should be no accident if users follow the instructions. Peloton stated that USCPSC did not want to have ‘meaningful discussion’ and decided that safety messages included in their classes would be sufficient.

The Tread+ was launched in 2018 as the Tread, but then the name was switched recently in 2020 to introduce a more simple Tread model. During the investigation by the USCPSC, Peloton is still planning on launching the Tread+ and Tread models in the United Kingdom and is currently delaying its Tread model release in the US, most likely due to the ongoing investigations.

Peloton’s current stance on being defiant against the USCPSC is quite concerning, as it shows that they still value their pride as a company over the safety of their users. Recently, Senator Richard Blumenthal issued a statement calling Peloton to recall the Tread+.

View all posts by Juno Kim